Saved by Their Greed: How I Escaped A Scam Attempt

I never thought I could ever fall for a digital scam, because I heard enough stories and I do come with a background in IT, so I know how things work. Little did I know! So here is what happened:

I decided to sell my old laptop, so I went to good old Dubbizle, benchmarked the price of similar laptops, and then posted the Ad there. Few hours later I got couple of emails from individuals asking me about my last price. So I replied to both of them saying the posted price AED 2,700, and the discounted price is AED 2,500 if they were serious. I was considering lowering it even further if they were persistent and were going to take it on spot. 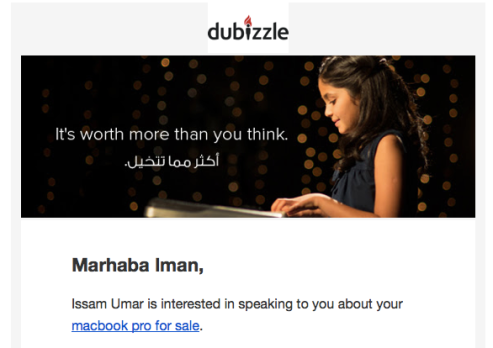 An hour later, one of them continued the conversation. His name was “Issam Umar” and he sent this: END_OF_DOCUMENT_TOKEN_TO_BE_REPLACED